The FBI and the High School Yearbooks 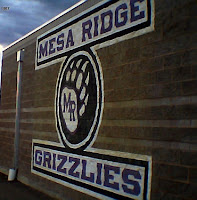 COLORADO SPRINGS--On May 26th I read in our local paper that the FBI will be investigating Mesa Ridge High School's yearbooks. Why? Because under the photo of one student, under the common "The student most likely to..." section of yearbooks there is a "threatening" caption that reads, "the student most likely to assassinate President Bush." How could anyone think this is anything but a joke? Students knew it was a joke.And yet, school staff recalled the yearbooks and blacked out the caption. In the aftermath of 911 folks are throwing away the baby with the bathwater. We run a risk of loosing the most precious thing this country has to offer: freedom.

I speak to middle grade students about what it was like living in Cuba after Castro took over. I compare that to what it's like living in the USA. I tell them I kiss the ground I walk on here in the States. My mind has yet to grasp the reality that I can stand in the middle of any street and scream at the top of my lungs that I hate President Bush or hate President Clinton or hate this or that political leader and nothing will happen to me. In Cuba one cannot even think about harming its supreme leader without getting in trouble with the law. It strikes me odd how paranoid American society is becoming... to the degree that a tried and true joke section of high school yearbooks now merits the involvement of the Secret Service.

Americans take for granted the freedoms that surround them. Will they learn to appreciate them before they are gone, driven away by the paranoia that's pushing common sense right out the window? The jury's out on that one.